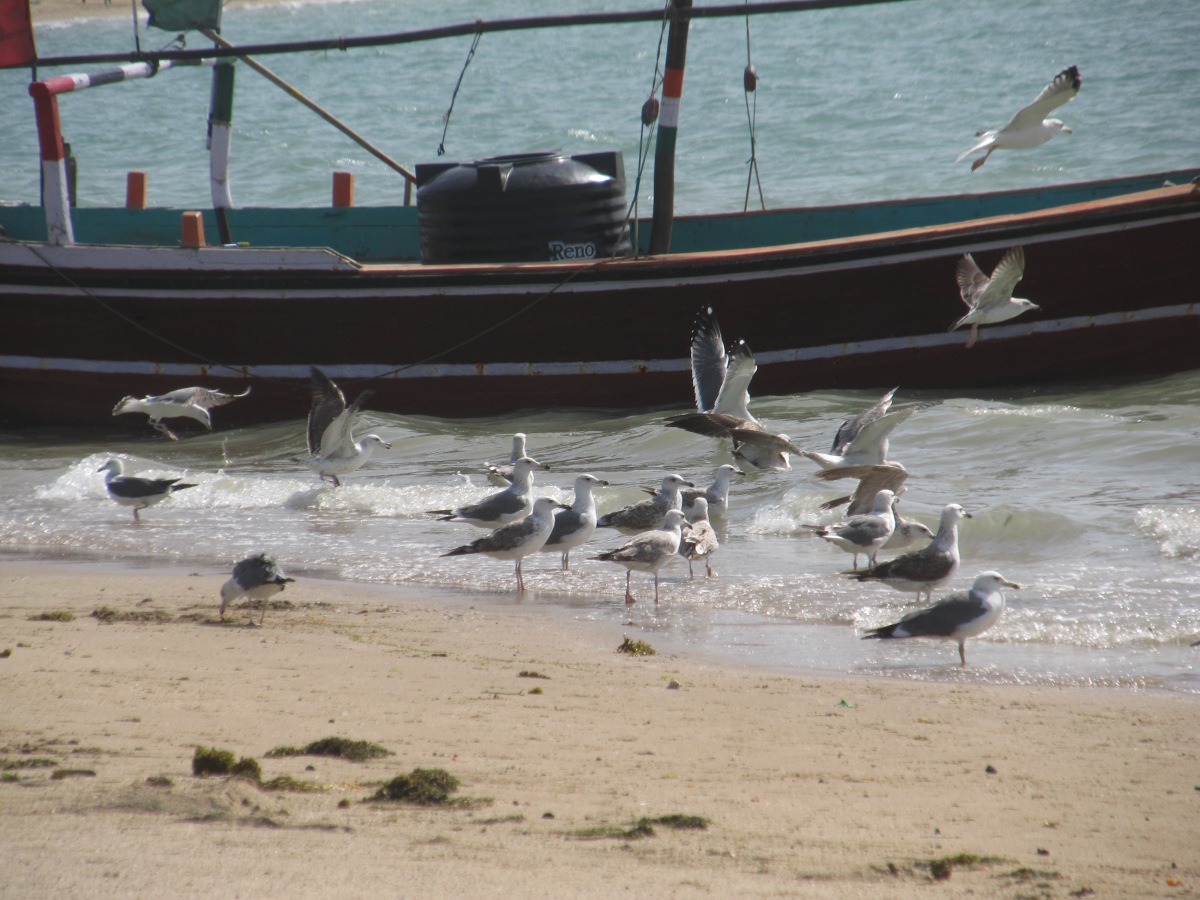 On 27th December 2014, a pleasant Sunday morning in Mumbai, I decided to join a friend for his field work. This is a little unusual. When I say field, I and many of the people I know, usually imagine it as some kind of forest-studying animals. This friend counts the number of boats arriving at Sasoon Dock, which will enable him to determine the fish stock coming in the fishing boats. So I joined him at Sasoon Dock. I must warn you that there aren’t going to be any pictures on this post as photographing is not allowed on the dock. To say that the fishing dock is a chaos is an understatement. Sasoon Dock is one of the busiest docks of the city and was built in 1875 (quite old, huh!) by a gentleman named Albert Abdullah David Sasoon (and hence the name).

“Sassoon Dock
What a place!
So many fishes!
So crowded!”

It was 7 AM in the morning and the fisher folk were already up and about, making sure their stock got sold fastest and in maximum price. There was just so much diversity of fishes in their baskets. Fishes, crabs, prawns, stingrays. I was lucky enough to see a hammer-headed shark (unlucky for the shark because it was dead). Walking around the dock seems like a challenge to your whole existence (No, this is not an exaggeration. Try walking on the edge of the dock with hardly 6 inches space to place your foot while a super pissed fisher woman pushes you because you aren’t walking fast enough while balancing yourself and trying not to fall off in the water).

While I tried walking in a place where it seemed impossible to accommodate a fly, the local fisher people gave me passing looks of anger, amusement, pity, ridicule and disbelief. The entire one hour at Sasoon dock seemed like a second just passed. I was so numb by so much chaos but was enjoying every second of it. Not to mention, the smell was mind numbing as well. Especially for me as I have never eaten fish in my life, except once when a well-meaning aunty in Kerala fed me fish trying to convince me that it was a vegetable. (I smelled of fishes for good two hours after I had said good-bye to the place. I like to believe that I stopped smelling of fish after that).

Having never ever been to any fishing market, I never quite understood the feeling when the teachers in the class used to yell at us naughty students in the class, the statement “Is this a class or a fish market?”. Teachers, take a bow. Sasoon dock felt like I was an ant in this giant world. With all this, the friend, walking ahead of me (totally comfortable with chaos and adept at walking amidst busy and angry fisher folk) explaining different types of fishing techniques, fishing nets, fishing boats, etc. while I tried keeping up with his pace, understanding what all he said, asking him too many questions (some inappropriate for the place, i.e. “Isn’t it illegal to fish XYZ fishes?”).

While walking, we kept talking, my mind struggling to concentrate between staying alive and grasping all the knowledge that my friend had to offer. Once I almost bumped into an 8-9 ft long and narrow lorry carrying fishes that an old man was pushing amidst the crowd, but an attentive young fisherman held my hand, fairly amused at my inattentiveness, his friends laughing at my expense. The floor of the dock was all wet (obviously) and the water was pushing its way through my sandals and my socks; wetting my feet.

The walk lead to a beautiful open place where we could stand peacefully, watching the open sea that gives us bounty of fishes to eat and livelihoods to so many people who brave the storms to go out in the waters to bring us food.

We stumbled upon a chai-wallah (Tea seller) and stood sipping the tea watching Gulls and Terns foraging in the open seas along with the men in boats, both communities aiming at the same goal: catch the most. The morning scene was beautiful. On one side, there was a busy chaotic fish market selling fishes and a part of the dock which was comparatively new, was relatively empty, fishermen standing in small groups, chatting, discussing their day to day lives and enjoying the morning sunlight. Mumbai had a pleasant weather compared to cold Ahmedabad. Mornings gave a feeling of chill but failed to trap us in sweaters (thankfully!) Eventually said goodbye to the dock, carrying with me lot of memories and fish smell.